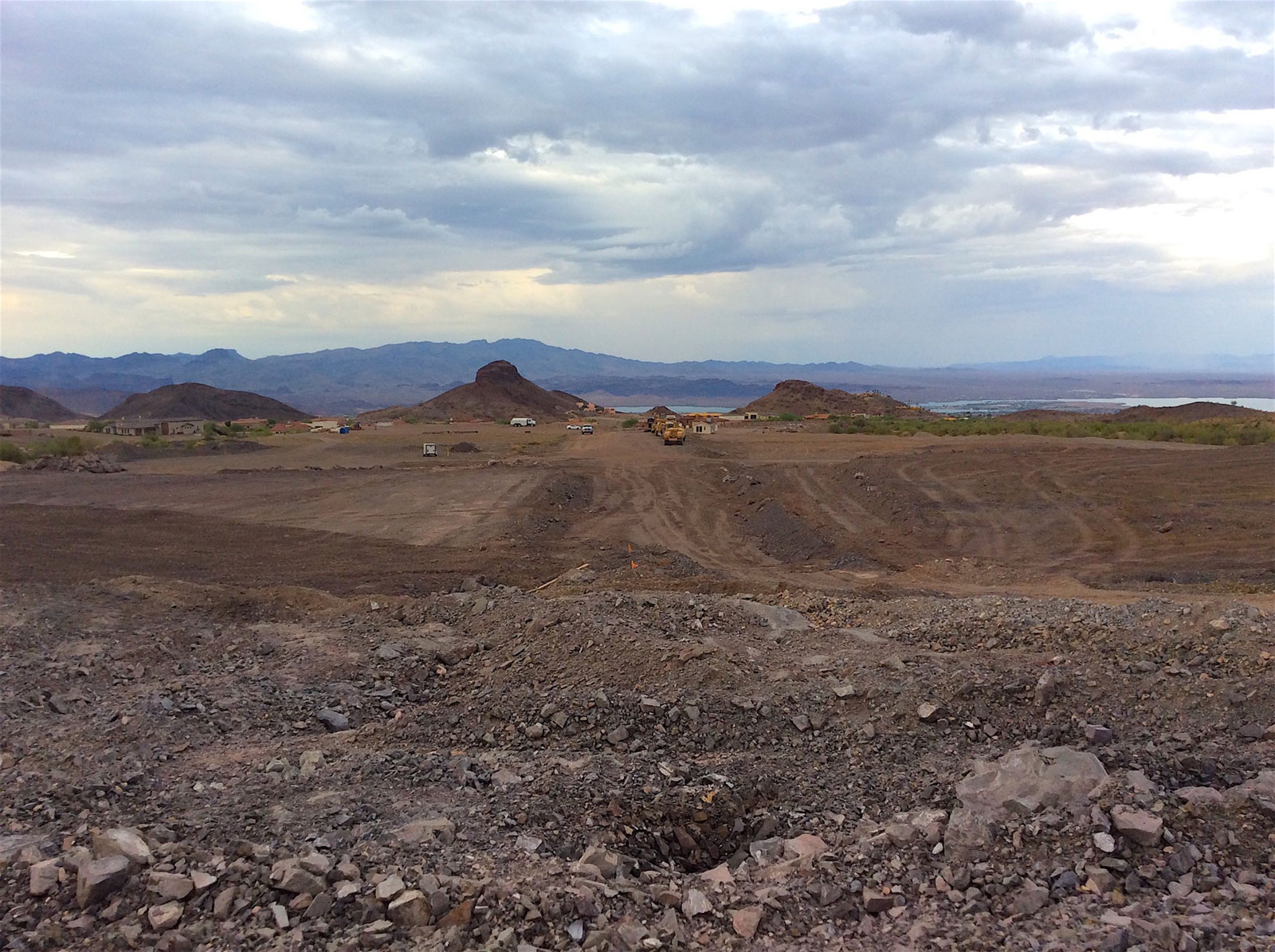 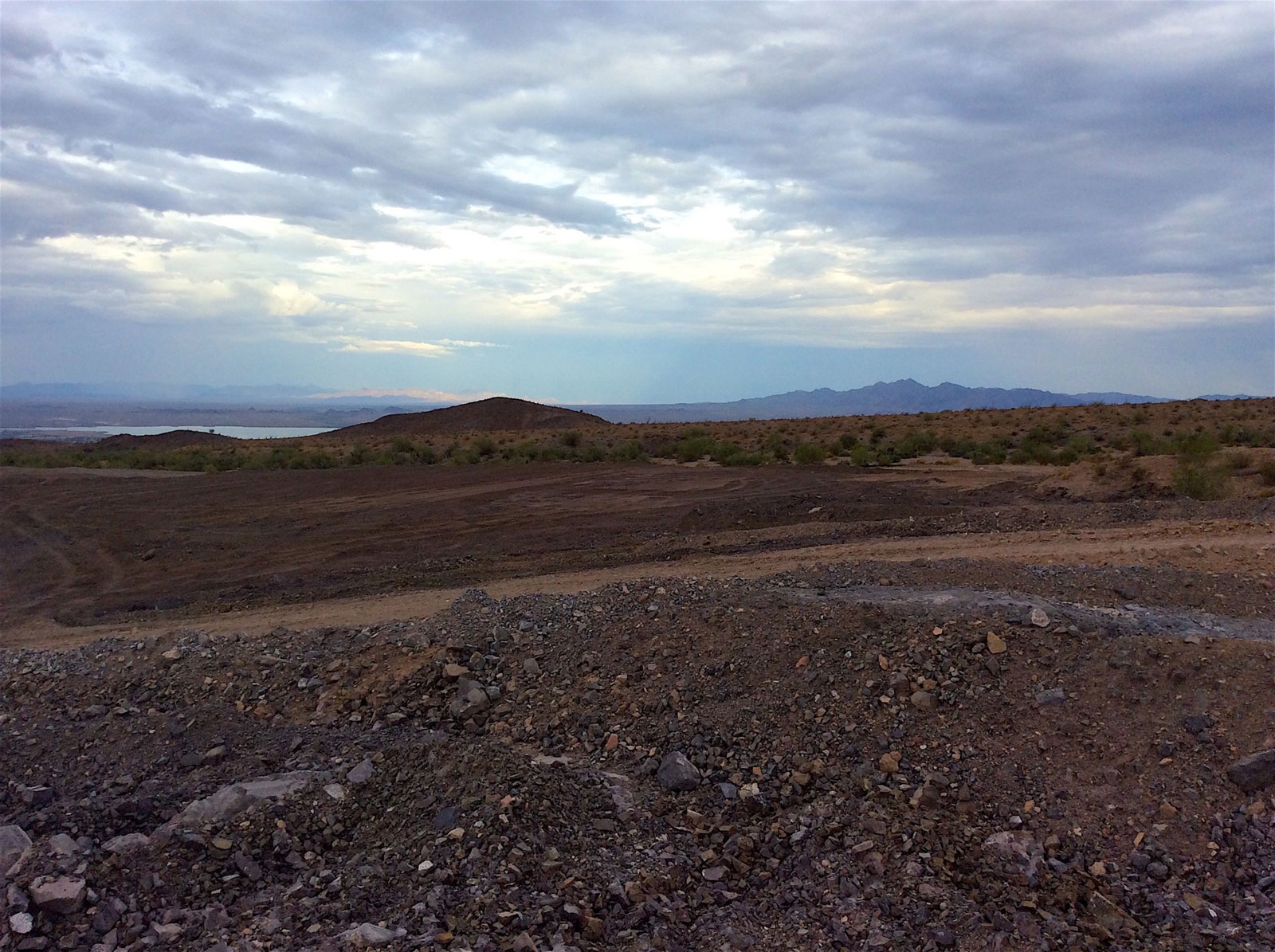 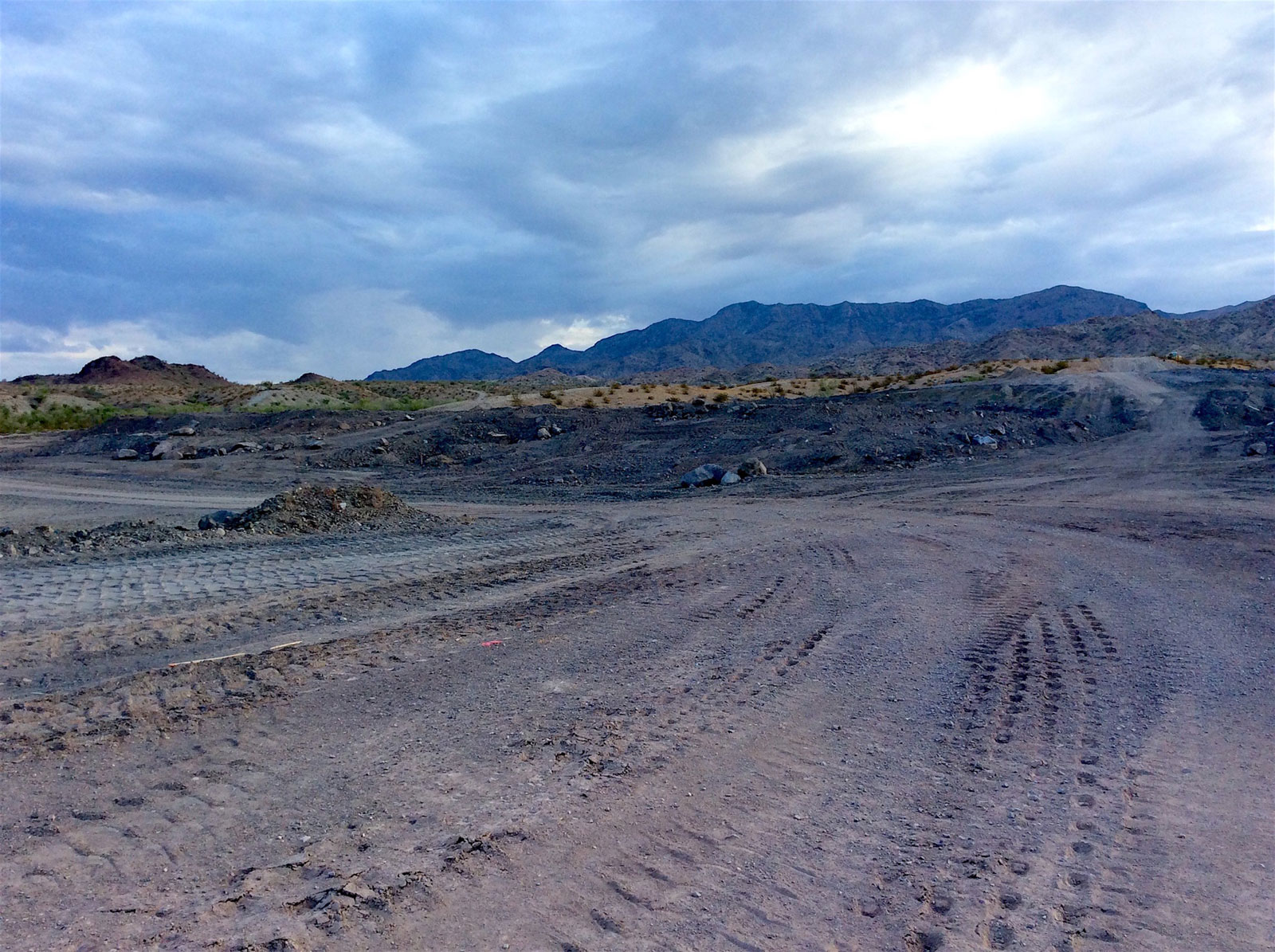 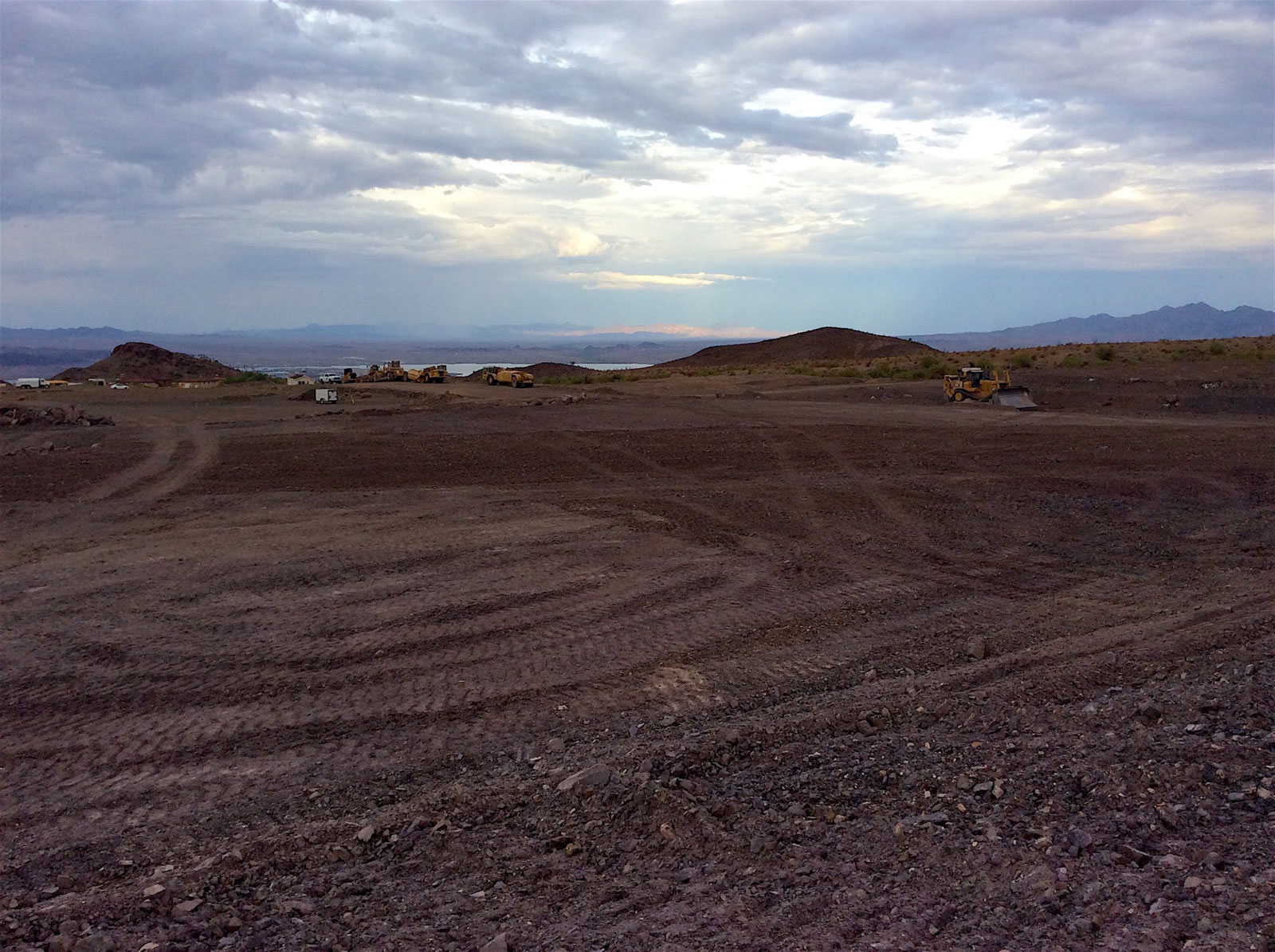 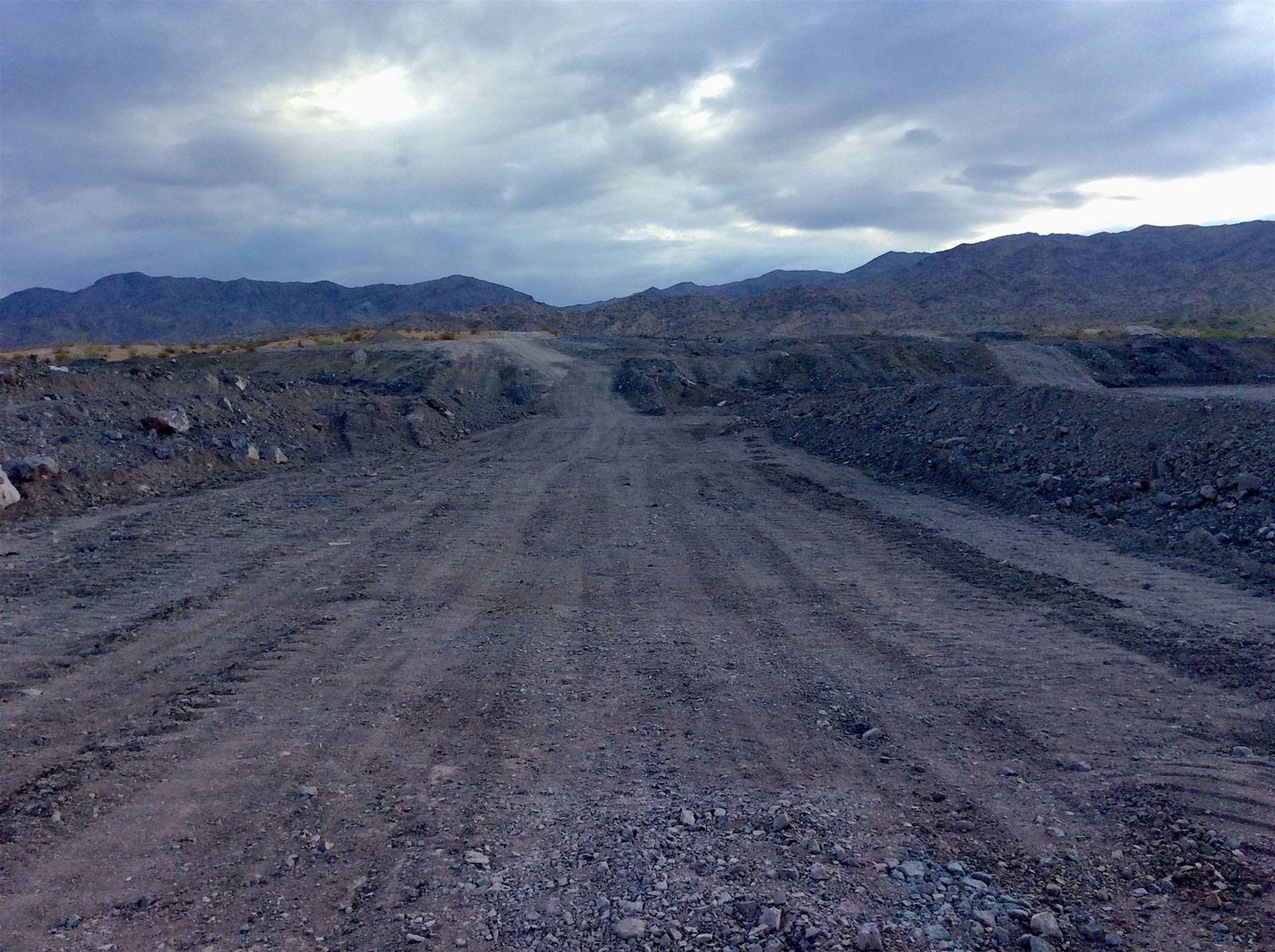 Three terraced groups of property, adjacent to the El Dorado Wash in the lower, northwestern portion of the site are approaching final grading efforts. A fourth, southeastern to the Cherry Tree extension, has also been significantly groomed for ease of future improvement, likely requiring additional fill. As final grades are established for these parcels, efforts have shifted to the far northeastern portion of the site, where crews will be focused on alleviating some of the most dramatic topography on site. This transition occurred seamlessly, as access to this area had been established prior to the initiation of the Villas development. Crews are performing rough grading, moving from the most northeastern portion of the site forward (southwesterly). Staking has already been established and finalized in this area, and as rough grading is completed, final grading can be initiated.

As a result of efforts shifting to the back (northeastern-most) portion of the site, crews are pushing cut southwesterly to begin filling low elevations. Crews will continue in such a manner until rough grading is completed and final grading can commence. Final grading of the established parcels in the northwestern potion of the site can begin once their elevations are finalized. An additional D10 equipped with a GPS will be added to the fleet of equipment at such time.