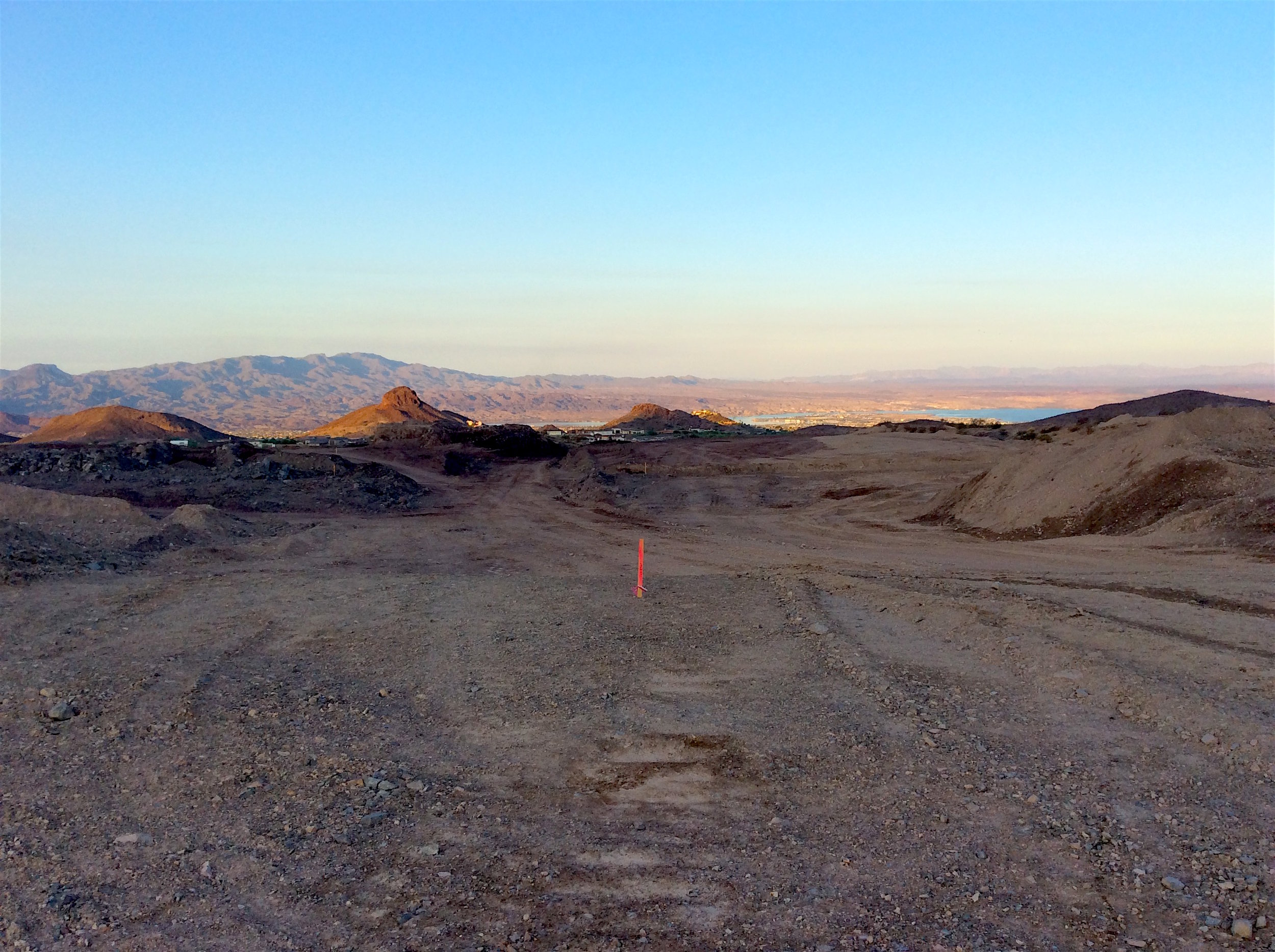 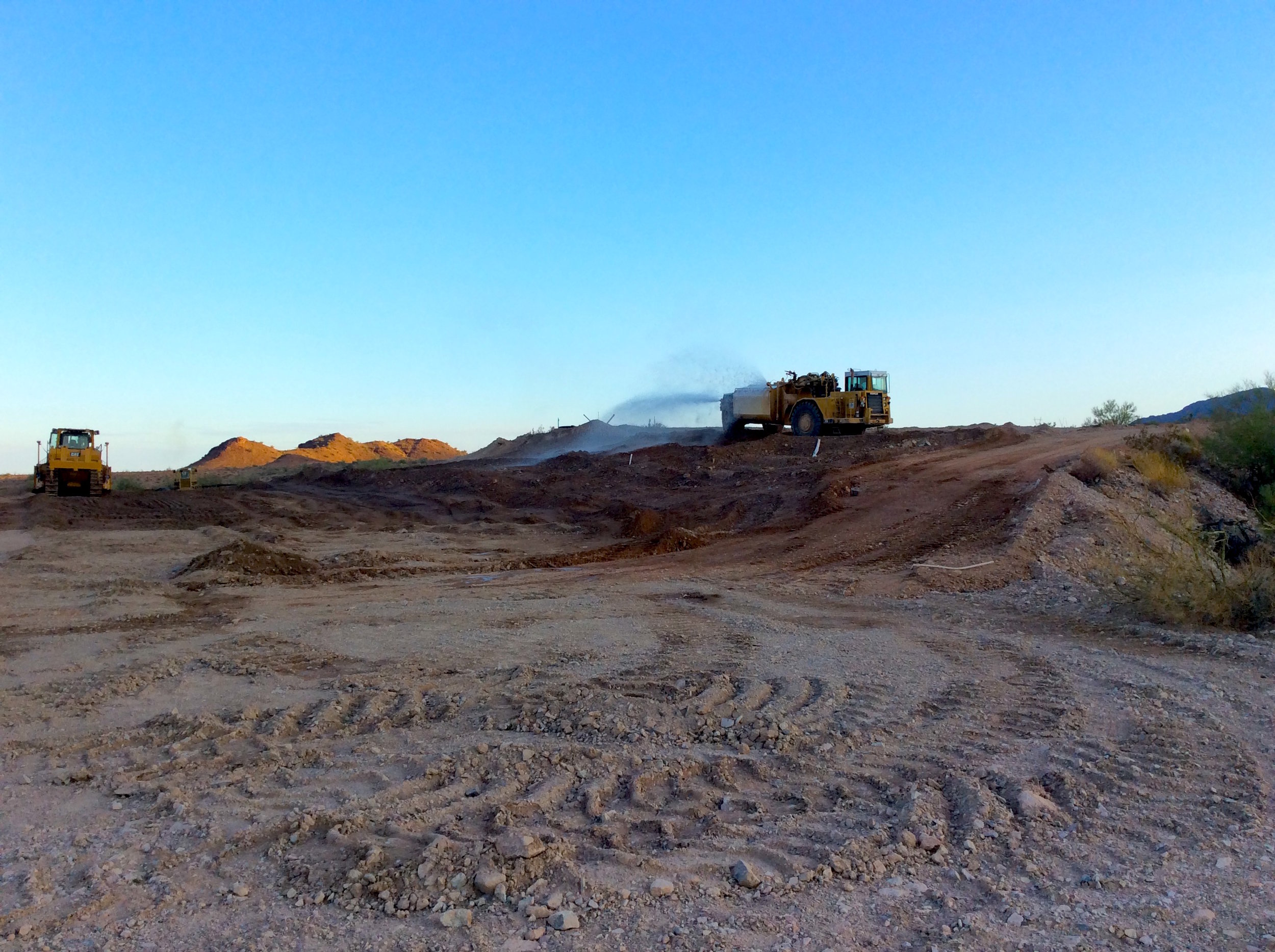 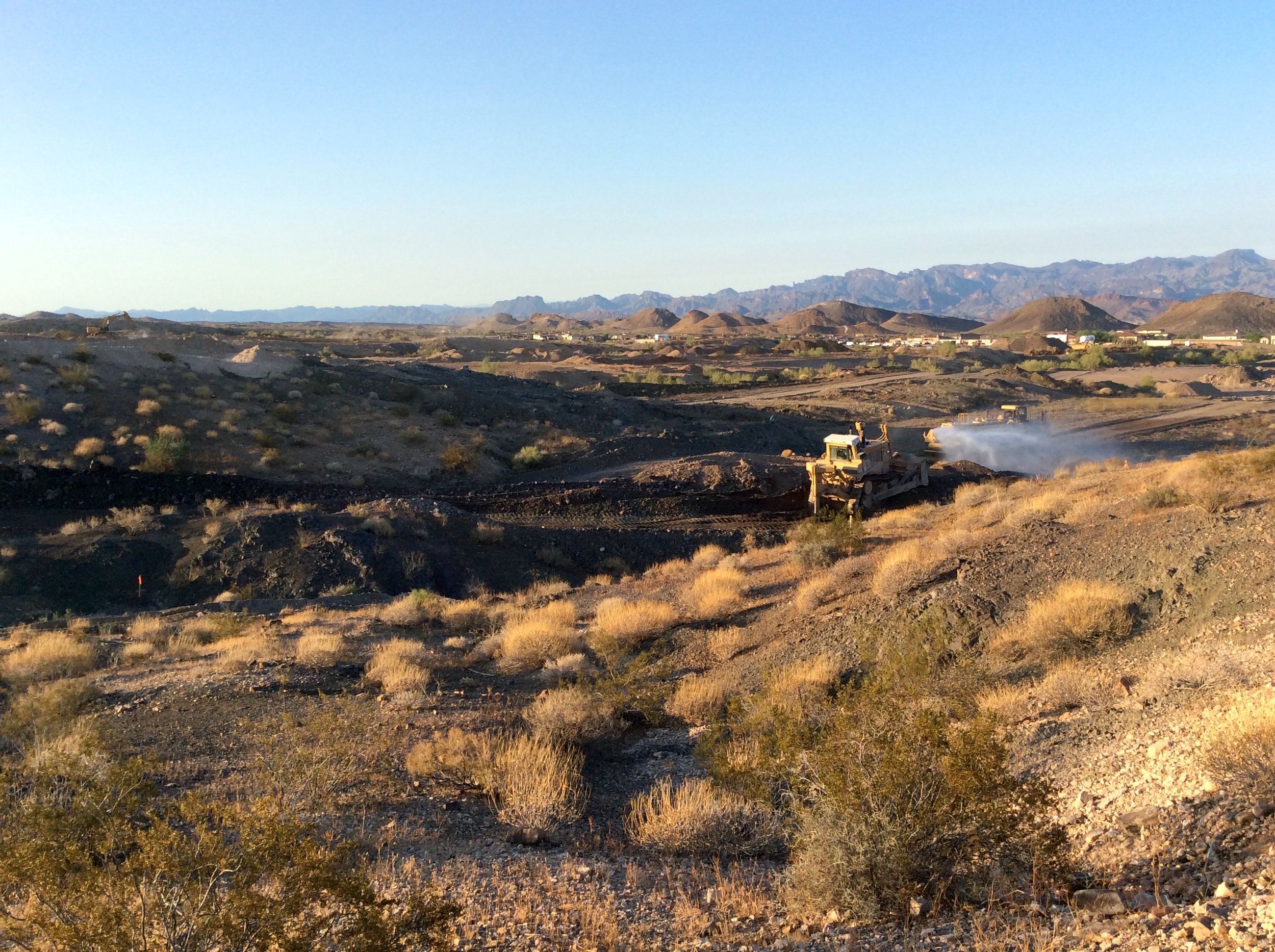 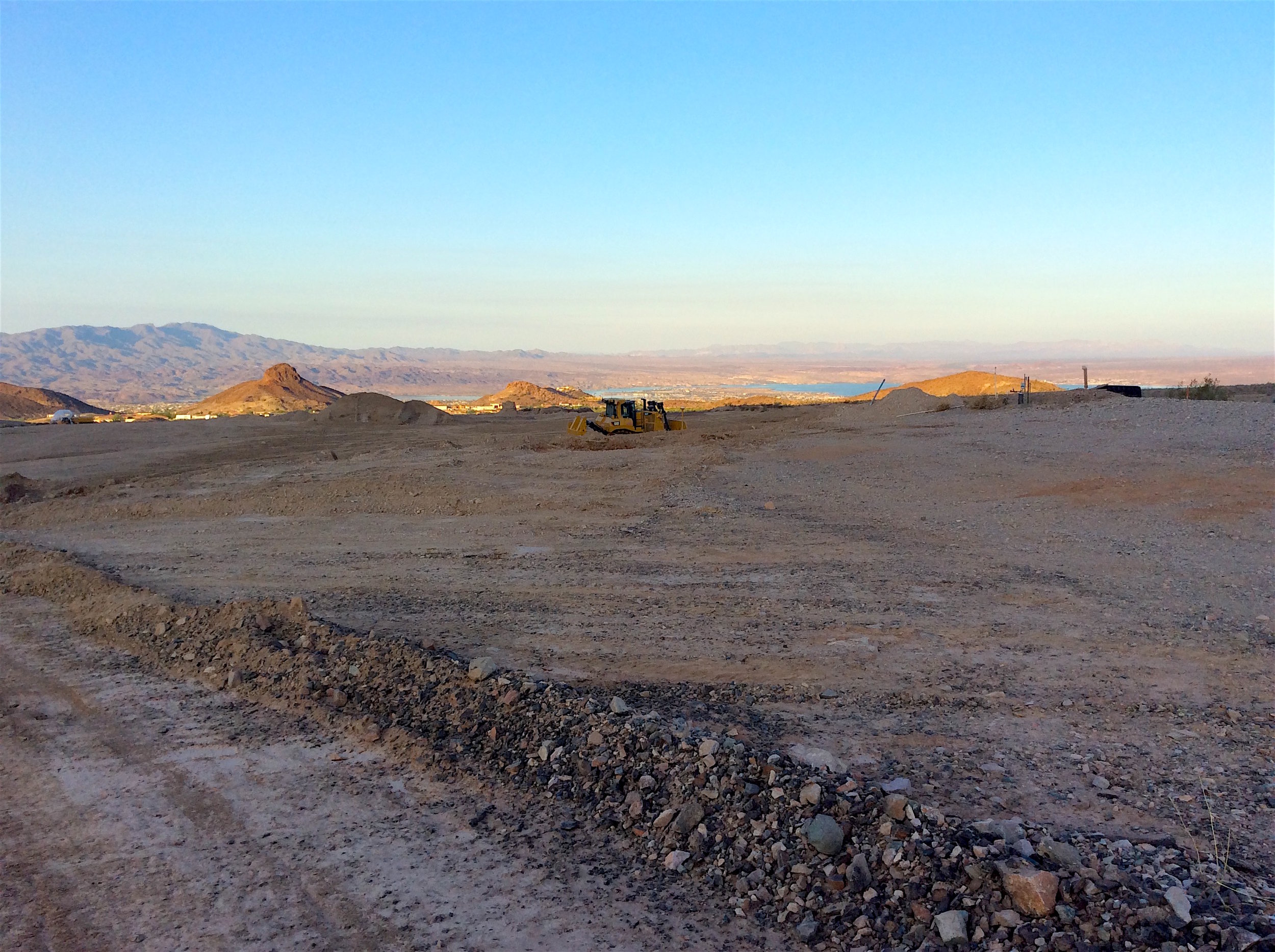 Clearing and grubbing began Monday June 26, 2017. Mass grading was initiated the following day beginning with residential lots in the southernmost cul-de-sac, to the northwest of Cherry Tree Blvd. Dirt was moved in the northeasterly direction to fill the southern edge of the El Dorado wash. Grading will continue northeasterly from this location, establishing lots bordering the wash. Grading has begun to transition to the opposite side of the Cherry Tree Blvd. extension, establishing southwestern residential lots and cul-de-sacs.

Grading plans have been adjusted, allowing for improved drainage and placement relative to the El Dorado Wash, northerly to the Cherry Tree Blvd. extension. Currently, these updates are being finalized while work is allowed to continue. Updated plans will be implemented Monday July 10. With these updated plans, the hills central in the property will be leveled and dirt from the upper portion of the property will begin transitioning southward to increase the elevation of southerly lots. Images observed below outline progress in chronological order.